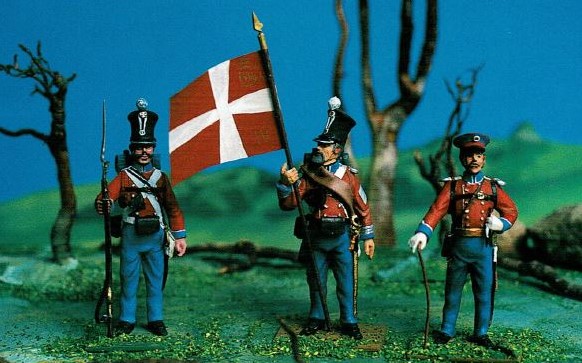 The year figure 1998, in contrast to previous year figures, did not consist of 1 figure but of 3 figures, and the reason for this is as the artist behind the characters Helmuth Peipp himself expressed it:

“A single figure – the poor, it was so lonely”

And when asked whether the modeled figures were a little big, Peipp replied more easily that he now perceived the subject as artistic. And his view was that the Danes were some big, powerful and strong types. Such a charming response, which was given in full, can only be accepted
The figures are a Second Lieutenant, a sub-officer with a rifle and a privilege with the musket. All in the red outfits from 1848. 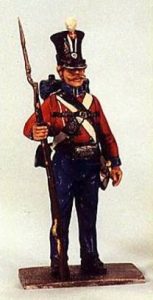 All the figures were made with loose headgear and were supplied with both a chakot, a field hat and a Hungarian hat, whereby the period 1848-49 is covered. The distinctions of the officer and the sub-officer are the old epaluettes which in 1848 were quickly replaced by field epaluettes