The model depicts a 24-pound cannon, the mountain in 1953 from the wreck of the block ship INDFØDSRETTEN, which sank on April 3, 1801, the day after the battle between the Danish and British forces at Copenhagen Red. 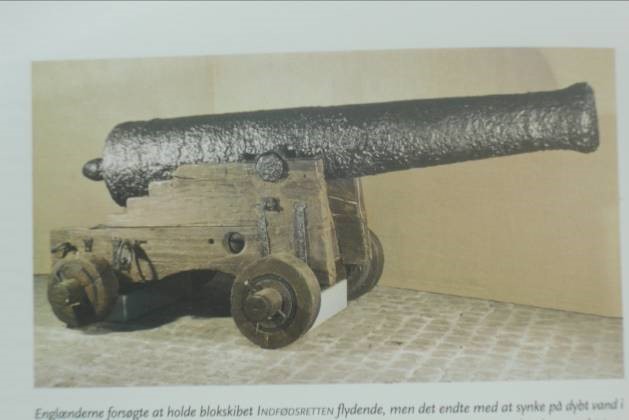 The cannon is shown at the Tøjhusmuseet in Copenhagen.

The model is cast in white metal by John Hansen after a model in the ratio of 1:32 made in brass and wood by Uffe Henriksen after measuring the original. The model includes the following large parts: gun barrels, front axle, rear axle, 2 side rails, 4 wheels and adjusting wedges, and the following small parts: 2 neck rods, 4 eyebolts, 4 wheel lock pins and 2 bolts. 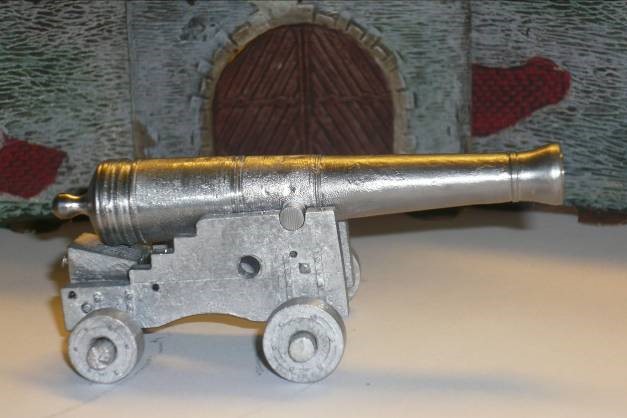 The gun can be painted black as the original at the Tøjhusmuseet, or in the colors that were used as it was new, i.e. gun barrel in raw black cast iron, sword red (iron oxide) for woodwork and yellow coin for wrought iron parts

The guns are a carton, i.e. a medium cannon, of system 1692. This system was the most widespread firing system in our fleet during the sailing period and included guns from 4 to 36 pounds. The 24 pound cannon was the most widely used and had over 500 guns of this size alone in this system. 24-pound cannons were used on the liner ships, usually on the lower deck of 2-deckers and on middle tires in 3-deckers. The gun barrel has a diameter of approx. 16 cm, and a running length of 16-17 times the ball diameter. The total length of the gun is approx. 320 cm, the largest diameter is 55 cm. and the weight approx. 3000 kg. The rapper is marked 1786 and is of the newer type with open bottom.

The cannon race is probably cast in Norway, where the heavy industry was placed at that time.

The gun’s charge of approx. 5 kg. gunpowder was picked up in the magazine in the form of a finished package of cardboard or canvas. The load was pushed into place with a frame, either placed on a long bar, or on a piece of heavy rope. Pitcher was introduced into the prison hole in the form of a metal or paper prison tube, filled with finely ground powder, and the ball was placed in the barrel and pushed into place with the frame. 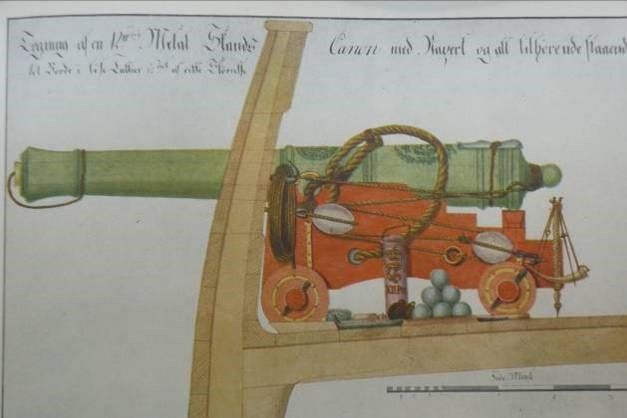 The cannon was then pulled out so that it touched the ship’s side with the race out through the cannon gate. It was important that the gun was pulled all the way forward, so that the mouth source when firing could not light fire in ship or equipment. For the help of moving the gun, you had 2 sets of hoists that were attached respectively to some eyebolts on the rapper and in some heavy hooks in the ship’s side next to the gun port. Moving the heavy cannon on simple wooden wheels has been a very hard work requiring the help of the entire gun crew.

The cannon was fired by a cane stick, or later with a flint lock as on handguns. When firing, the gun was pushed backwards with the same force as the ball was pushed forward, containing an energy can be described as ½ x M x V x V. From this formula, it can be calculated that if the gun and rapper together weighed 200 times as much as the ball, and the ball flew at an orifice speed of 400 km / h, the gun would run backwards at a speed of 28 km / h, so you should not be in the way of the firing time. The gun’s run was stopped by a hard piece of rope, the brooch that was pulled through the rapper and attached to the ship’s side in two heavy hooks next to the gun port. The length of the bridge was thus adjusted so that the gun was stopped in a location where there was approx. 1 m freely in front of the gun mouth, so you could get space to repeat the load. 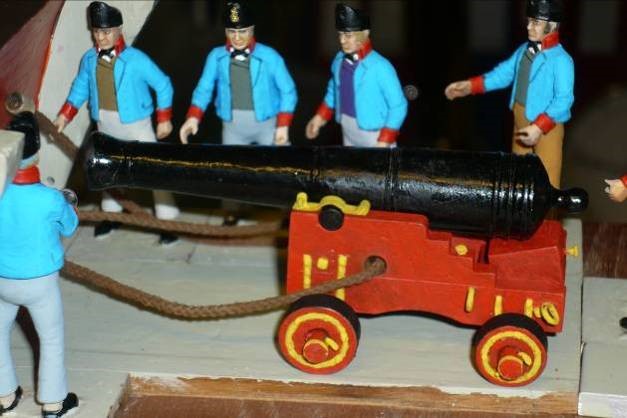 The loading started by cleaning the barrel of glow with the opposite end of the frame tower, whereupon a kind of brush was placed and then recharged the charge etc.

Maximum shot distance was approx. 2,000 m, but even shooting at 1,000 m had quite little effect. A distance of 500 m ensured both a reasonable accuracy and a good effect of the ball.

Blokskibet INDFØDSRETTEN was one of the hardest Danish ships during the battle, and was therefore placed in the northern end of the line of defense, from where the British attack was expected. 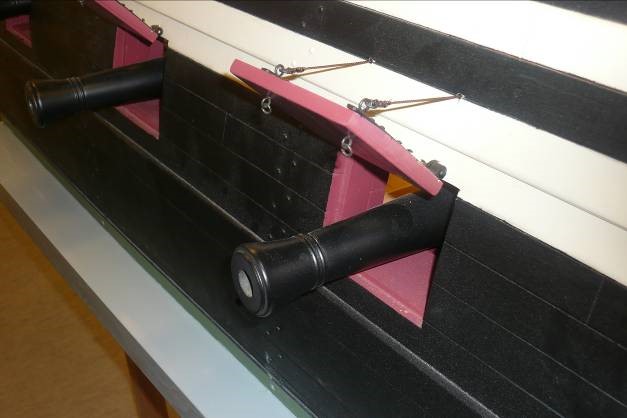 The ship had approx. 42 pcs. 24 pounds guns, of course only the half that was on the outside could be used. When the attack, as you know, came from the south, the ship arrived quite late in the fight around noon. 13.00. Unfortunately, the Danish ships were anchored with 4 fixed anchors, so it was impossible to change a ship’s direction during the battle if the enemy attacked at an oblique angle relative to the ship’s broadside. This meant that, for a period of time, the “indigenous people” were subjected to strong shelling of a liner from the front and another obliquely from behind and suffered great losses without being able to respond effectively again, which was, of course, highly demoralizing for the crew. Around 3 pm all the officers of the ship were killed and almost all guns were useless, so you stroked the flag. The ship sank the next day despite the Englishman’s attempt to keep it flowing. The fact that the ship sank unintentionally and thus was not dismantled is the reason why one has been able to find a complete gun on the wreck. 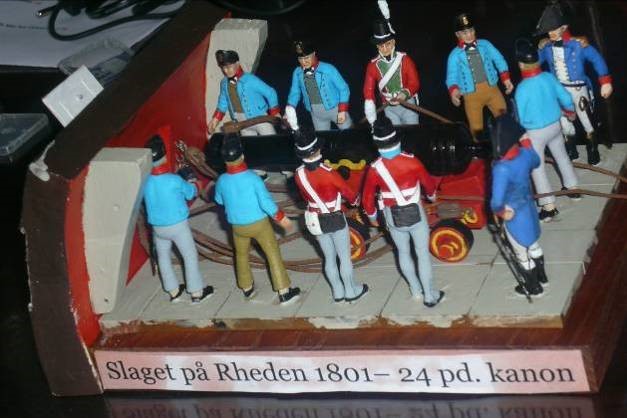