Reenactment – or Living history  – about the American Civil War from 1861 to 1865, has for many years been a known and loving hobby and leisure interest in the United States, where the civil war is still a not insignificant part of the American identity. But also in Europe, including among other things in Denmark, there have been groups for several years who in different ways have cultivated their interest in the civil war and not least the environment around the immigrants, the American pioneers and settlers in the mid-1800s.
In Denmark, the Reenactment of the American Civil War since 1997 has been assembled in the association Blue and Gray American Civil War Reenactors of Denmark (BG ACWRoD). The association currently comprises more than 60 active members, which are gathered in a number of historical units from both the Union Army in the north and the Confederate forces in the south. 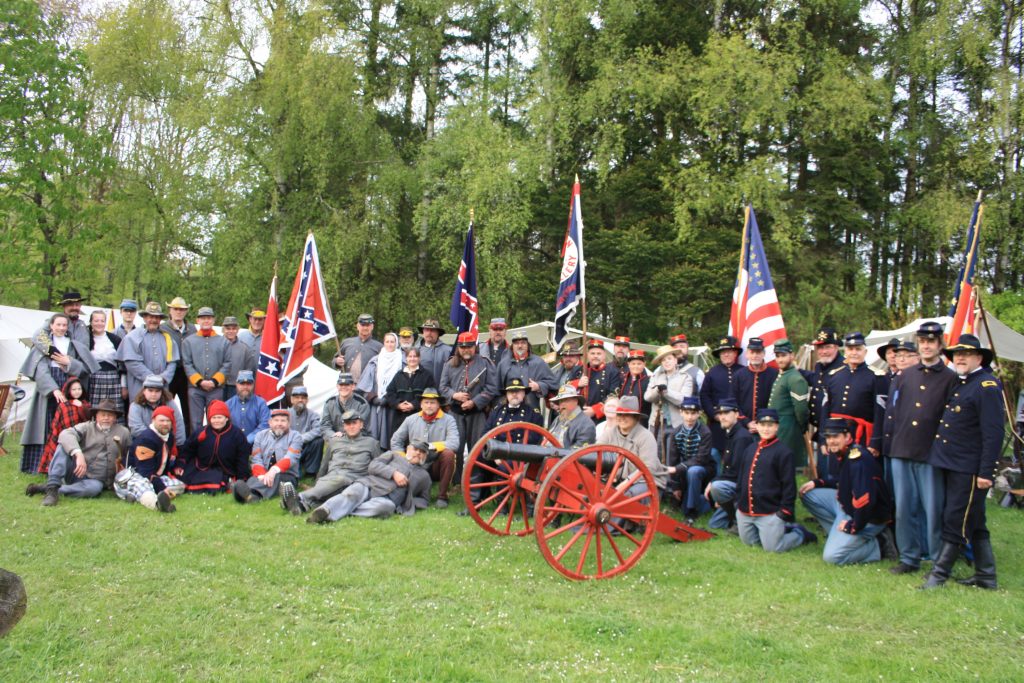 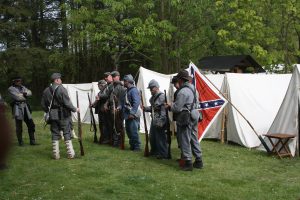 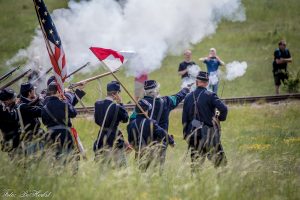 The association annually tries to carry out at least one major event – an event – where, based on historical events, it restores battles and hits – or parts of it – from the civil war. Of course, the number of participants is crucial during these events, and of course you try to adapt these to the local conditions and historical events, so that the participants get the best possible experience.
Reenactment is now not just fighting and potting smoke. An at least as important part of the activities is empathy and survival in the time period. In general, in the Danish environment there is a reasonable tolerance about how far into the spirit of the time the participants want to go. In general, you try to keep the style, not only on the campsite, also in the camps, where accommodation takes place in tents and the food is prepared over open fire. Simply stay overnight just on a wool blanket under an open tarpaulin.
Refrigerators, cold and hot running water they can only dream of. 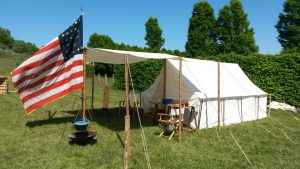 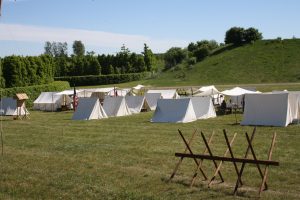 As Mentioned in the introduction, the interest in the American Civi War is also widespread throughout Europe. This is also done in great style across countries, as both German and Swedish Reenactors participate in Danish Event and Danish practitioners participate in Events abroad.
However, participation in reenactment is not without challenges. There are some equipment and equipment to be purchased. You can always start by borrowing, but you often end up having to go out and buy. Or if you have the skills, even sew uniforms and leather. A Musket, original or replica, must also be purchased. Not to mention various licenses to use and wear blank weapons, a weapon permit if you have a replica Musket – and then the association must ensure permits for saline launches get muskets and guns. 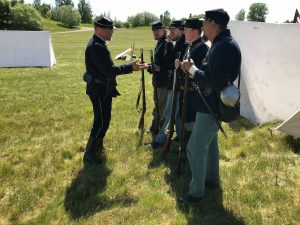 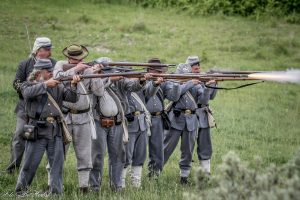 One can rightly ask what causes a European – yes, a Dane for that matter, not only to be interested in the American civil war, but also to want to live in that time. In the same period, both Europe and Denmark have so much history and lots of conflicts one could address. The Schleswig Wars, among others, but also Britain’s colonial wars and Prussian’s aggressive expansion towards Austria and France.
In addition to the interest in America’s history and all that belongs to western and pioneer romance, the immigrants from Scandinavia and Denmark are, in particular, an important element for the Danish Reenactors. Many Scandinavians participated in the civil war, especially on the Union side, many having settled in the states of the northern mid-west; Wisconsin, Illinois, Iowa and Minnesota. Early in the conflict, the states set up in both north and south, voluntary regimes where, among other things, 15th Wisconsin Volunteer Regiment of Infantry is one of them. More than 1,000 Scandinavians, including many Norwegians, recruited for the regiment, whose boss was Hans Christian Heg, a 32-year-old Norwegian from Buskerud in Norway. 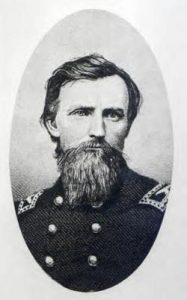 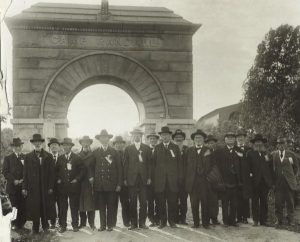