The founding of the Society Chakoten was very modest. After initial gatherings under purely private forms in 1943, the Chakoten was established as an association in 1944 consisting of a total of only three members:

The membership grew slowly in the early years, but it was soon realized that there was a need for an association magazine because of the physical distance between its members. And as early as February 1946 one could publish the first issue of the magazine titled:

In the following years, membership increased gradually, not least because of the many exhibitions that the Society started in the early 1950s.
The magazine was released as a monthly magazine in A5 format from the beginning in 1946, but due to a fluctuating amount of material, in 1958 it was tried to change this to make the magazine come out 4-5 times a year and the magazine’s format changed to A4 while changing its name to Chakot-News. It obviously helped the inspiration of the members to deliver fabric to the magazine, because already later that year the magazine was back in A5 format and the vintage 1959–61 also consisted of 10-12 numbers.

In 1962, the magazine finally changed its format to A4 and became the last year with more than 4 numbers, and from No. 5/1962 the magazine’s name changed to Chakoten. In 1966, the Society was merged with the Danish Military History Society which at that time was a sister Society to the Chakoten and to show that one was now a joint Society, the magazine changed from 1968 to:

And the magazine has kept this name ever since.

The next change to the Magazine occurred in the 1980s, when, as something new, various military illustrations began to appear on the front page. It already had an illustration on the front page in the form of a logo designed by Preben Kannik. The logo depicted a grenadier chakot for the King’s Regiment in Frederik 6’s time, which was applied as a stamp on each copy. When the magazine changed to A4 format in 1962, the chakote was a transition supplemented by the grenadier who carried it. The next major change of the Magazine happened in 1997, when the magazine came for the first time with front and back in color print and finally in 2008 the magazine was published for the first time in full color and with the layout that the magazine has today.

Along the way in the history of the magazine, a number of special issues have also been published on various topics such as the war 1807, but also on hobby materials, figure molding and painting. Similarly, over the years, the Society has published a number of color charts together with the magazine.
Below it is possible to experience the development of the Magazine yourself and see some of the articles the magazine’s shown.

The Magazine’s is in Danish and hasn’t been translated

(click on the pictures to see and read the individual magazines) 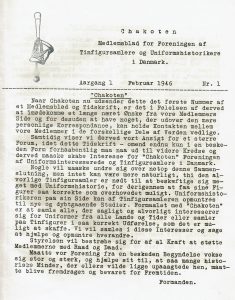 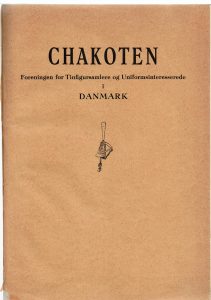 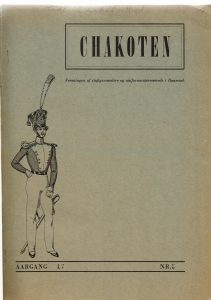 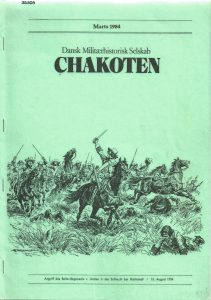 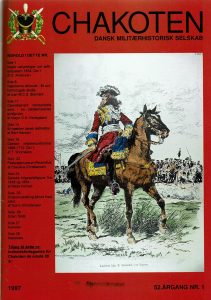 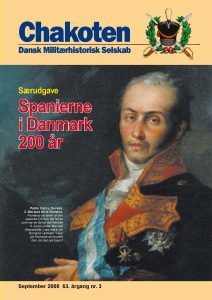