After World War II, the Gardehusarregiment has been transformed from an old-fashioned rider regiment to a modern armor regiment. In connection with this transformation, the regiment has gone from consisting of a number of squadrons to consist of a number of battalions – entirely in accordance with the normal organization of combat regiments today. 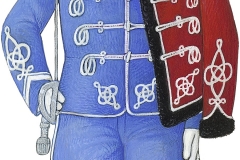 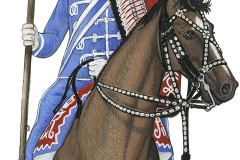 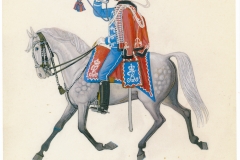 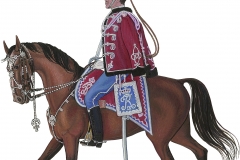 [Show slideshow]
Until 1964, the regiment still had a very large prepared strength formed in 2 squadrons, which were then reduced to approx. 60 Horses that have no military significance but only need to enable the Regiment to perform the Hip Service for the Horse of Her Majesty the Queen
The unit is called the Gardehusarregimentets Hestereskadron and consists mainly of conscripts personnel who receive a riding education and partly an actual soldier’s education, which enables them to enter the units of the regiment during wartime.