Many early examples of flat tin figures are preserved in museums throughout Europe, such as the Cultural History Museum, Magdeburg, Plassenburg, and Kulmbach. Some of these examples date back to 1279.

In the Middle Ages, this unique art form became more popular as a game for children, and several German artisans (tin-casters) began to produce small figures of agricultural life and animals from their remains of metal, and soon the demand exceeded the production. In 1578, the Council of Nuremberg approved casters for the manufacture of tin figurines as children’s toys. From a volatile industry, production grew and eventually exported to all of Europe from Germany. in the 1600s the figures found their way to the heads of state heads. 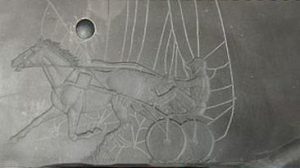 Engraved in a slate, “zinnfigur” (tin figure) or flat figure is a two-dimensional freestanding miniature and is unique in any aspect that separates it from its round counterpart. Production originating in Germany covers all aspects of history and daily life from ancient to present. Besides people, and portraits, animals, fantasy, art, etc. are deprived of. 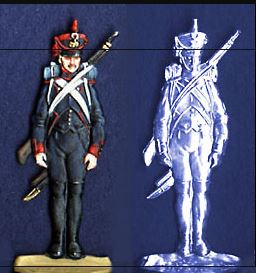 While the flat figures originate before the 13th century as a children’s toy, in their present form they are beautiful reliefs waiting for color to highlight their shape.

The Society’s members each have a great deal of knowledge in many areas – also within modeling and painting. Over the years, several members have chosen to share this knowledge with the Society’s other members through articles in the Society’s Magazine. The following links contain examples of this:

About painting of flat figures by Ole Høyer