The fabrication of tin figures had primarily been concentrated around Nuremberg until 1872, when Georg Heyde from Dresden was granted a license to fabricate tin figures.

He produced, among other things, several series of round figures in full-metal tin-lead alloy in 43 mm including everything from Roman legionaries, German infantry to native American Indians – and with that the reason was laid for the round mass figures that we know today.

After World War II, several new materials have emerged as plasik and resin, which many of the figures today are cast from. 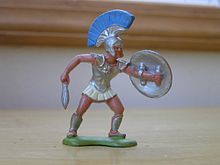 From the first figures with few details to be painted 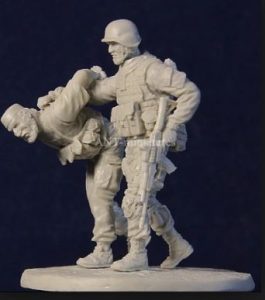 With the round-shaped figures, a completely new approach to painting of shapes arises as one now has to relate to painting a figure that is in 3D, where the flat figures are only in 2D.

Whether you are a practitioner or a beginner, you will always spend a little – or a lot – of time planning how to handle each model.

About painting of round mass figures by Niels Boesgaard

About painting the faces of Peter Thrane