By Steen Jensen and Christian Raun

The purpose of the “1914 Groups” is, through events and public participation, to visualize the period 1914-1918 in order to give a vivid picture of the Security Force’s deployment at Copenhagen Fortification – at the forts on the North Front and on the Vestvolden. 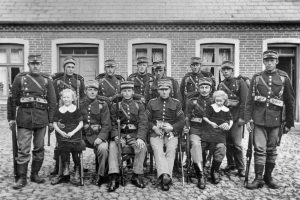 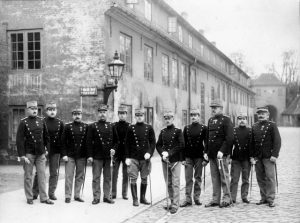 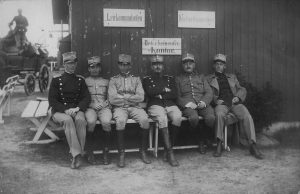 The groups are set up within the framework of the Danish Military History Society, since the acts and powers through decision of December 2013 have been agreed with the Society’s Board of Directors.
The Danish Security Force was Denmark’s defense of neutrality during World War I 1914–18. The call for the Security Force was not a mobilization of the Army, but a political marking of Denmark’s will to defend the country – primarily the state institutions, the government and not least the Royal House. All symbols of our national law. Symbols where if they disappeared as a result of a German or British occupation only mean that our country had to be abandoned as an independent nation. At least it was a scenario the then government felt they had to act on.

Interest in this in many ways distinctive period in Danish military history, arose among some members of the Society in 2009. At the same time, in Rødovre municipality there had been a major renovation of part of Copenhagen’s old fortification plant, Vestvolden. Together with Rødovre municipality’s project Experience Center Vestvolden, there was therefore created the basis for a collaboration and not least a restoration of some of the original sites for the Security Force.
In 2010 and 2013, a number of uniforms were made available with friendly help from the Royal Life Guard. Garden guard uniforms could – and still are – some adaptations used as uniforms for footmen, artillery and engineers from the time before and during the draft.

As a historical communication group, the Security Force today consists of two groups. The security force 1914–18 at the Vestvolden and the Guarantee Force at Gladsaxefortet. Both groups include the different types of weapons represented in strength. Primarily the Foot People, who at that time were in cantonel along the fortress and in the Tune position established between Roskilde and Mosede, but also the Fortress Artillery which manned the North Front’s forts and cannon batteries at Vestvolden. Engineer detachments and catering and supply troops as well as the medical corps people are also an important part of the overall strength. 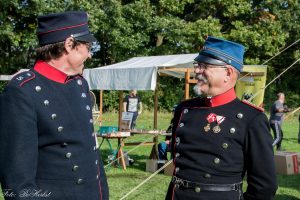 Equipment and equipment are provided in various ways. Partly through the members’ own collections of original objects from the period, but also through a great deal of work to restore, among other things. tents of the different types that were in use in the camps in which were built behind the Vestvolden.
The groups participate each year in the Fortress Day, which is held on the last Sunday in September, but also participate in events and events related to the period or Copenhagen’s fortification.