The DANFORCE battalion conveys the story of The Danish Brigade in Sweden during World War II from 1943–45. The group’s primary purpose is, through living story-telling, to tell about the Brigade’s daily life, training, Sweden’s role during the Second World War, and the big political game The brigade was part of. period. A requirement that has since governed all the communication choices we have made, but also a requirement that proved to be difficult to honor in all cases 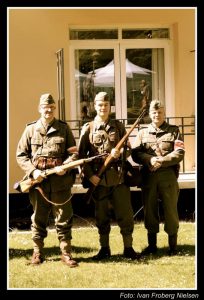 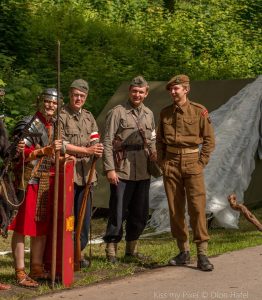 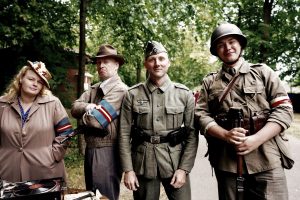 Alone the Brigade’s involvement in the mine clearance on the West Coast in the summer of 1945 caused a number of challenges in the wake of the film Under Sandet. The available literature was right here sometimes quite tendentious. However, following the strong debate, the group was confirmed by the fact that what we did was relevant to the public. We have since then continuously supplemented with archive visits, veteran contacts and the like in order to get such a nuanced look at the Brigade’s activities and purposes as possible.
The brigade allows for some rather unique perspectives on the developments that both the society and the military underwent during the 20th century. It was in continuation of the Brigade that Denmark’s first lottery corps was created – an exciting and unique communication opportunity. In addition, the Brigade was the first Danish army unit in recent times, which among the privates consisted solely of voluntary crew, which officers and commanders only had little opportunity to discipline. The dissemination possibilities are therefore many and varied. 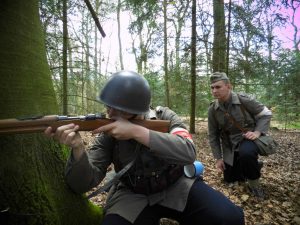 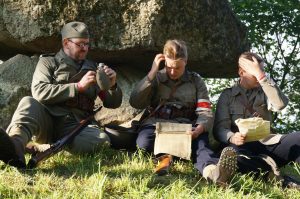 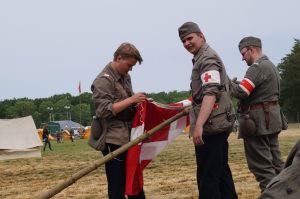