Several of the Society’s members produce figures in tin or resin themselves. It allows you to produce your very own special model figures. Queue figures can here be used as a starting point. For example, one can buy a model figure of a French line infantryman and then convert it to a Danish infantry man in 1808, when the chakot was introduced into the Danish / Norwegian army.
There are flat and round-shaped model figures and in addition a semi-circular figure type, which is mostly used for toy figures. There are display cases of particularly high quality, toy figures and war game figures in many different sizes eg. 28 mm, 54 mm, 70 mm and 90 mm.
Once the model figure has been modeled, one can begin to produce molds. The model is put in wax and a multi-part mold in silicone rubber is produced. The finished mold is cut with casting and air ducts.
For the production of tin figures, it is important to use a good alloy that is stable over time and which flows easily – so it delivers razor-sharp details. Three parts of 60 percent tin and one part of the type metal containing antimony are, in terms of experience, optimal at a melting temperature of 300 degrees Celsius.
Simple pour molding or slip molding can be used in a machine built for the purpose. The parts of the finished items can be joined together by soldering or gluing. 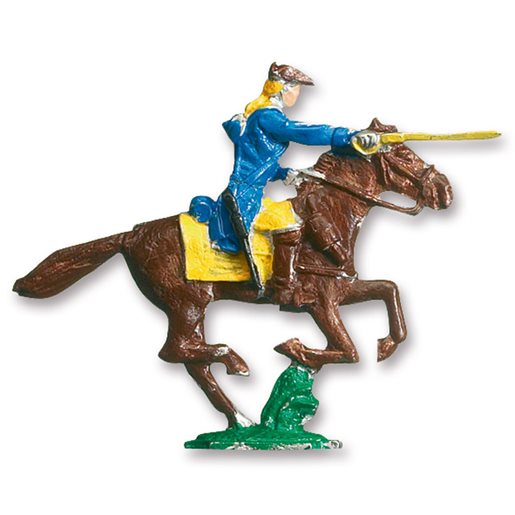