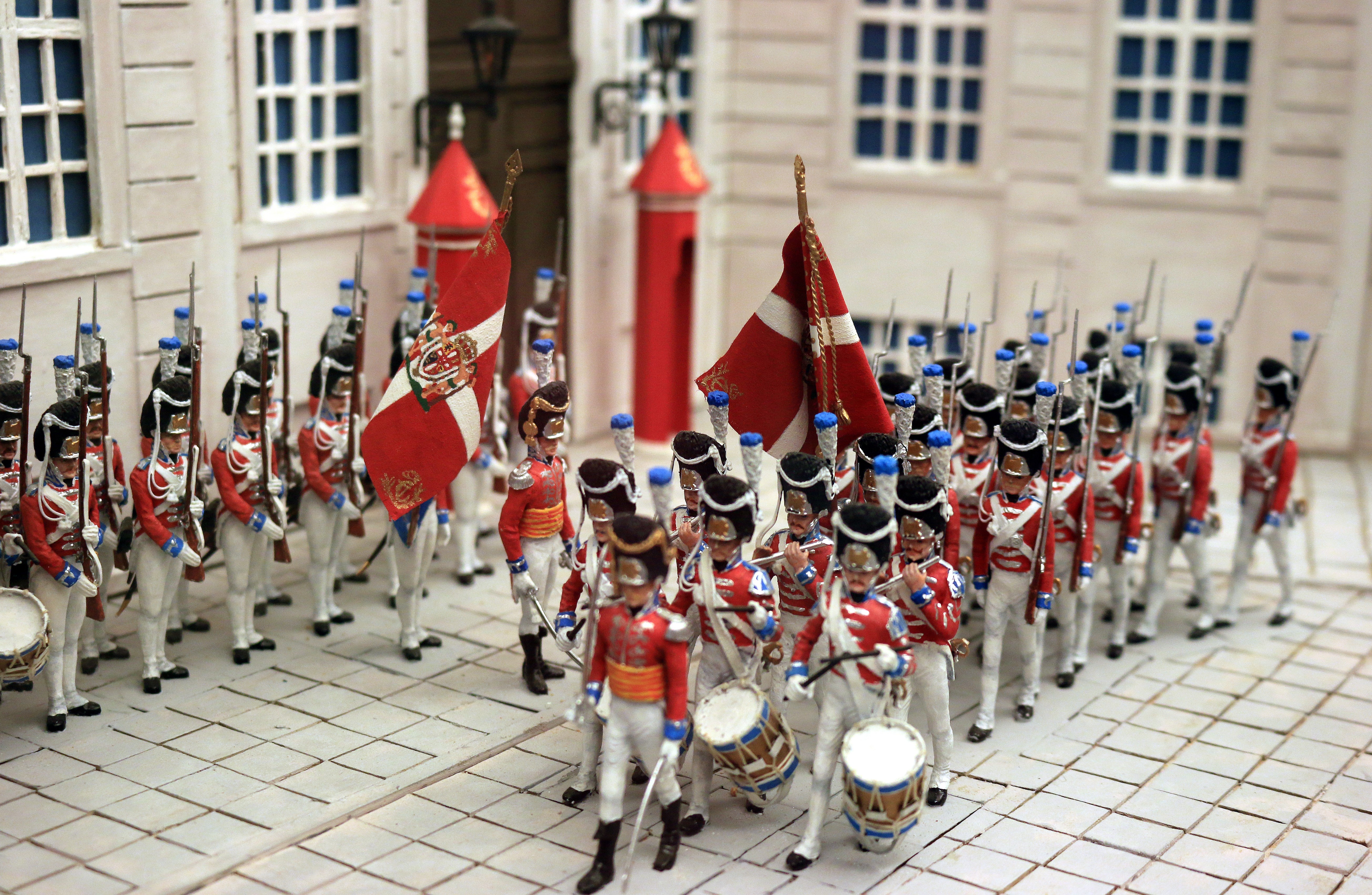 Changing of the Guard with The Lifeguard at Foot  Amalienborg 1809

From the start of the Society, there has been a natural connection between the interest in military history, including weapons and uniforms, and the war game, which originated in traditional officer training. Already in the company’s early years, model production and painting, of the then popular 30mm flat shapes, developed into an important activity. Initially, the rules of the war game were simple, but over time they went into detail, and the games themselves could last up to several days. The figure range for both exhibition use and games has since grown in scope; and the possibilities of working with and using figures that represent Denmark’s wars have reached a high level of quality.

The production of figures is largely commercial, but also private and individual. The main materials for the finished figure are tin, resin and plastic, but the traditional firgur is a tin figure or tin soldier.

The figurine types, which are often exhibited, are the tin figure – large or small, as well as the toy and war game figure. The big figures are very conspicuous because there will be really many working hours in reaching the desired result. The somewhat smaller toy and war game characters are well suited to illustrate the mass effect of military action.

The figure theme is included as a permanent theme in the member meetings, and the Society annually organizes a figure competition. From time to time, the Society members participate in exhibitions of model figures and dioramas.