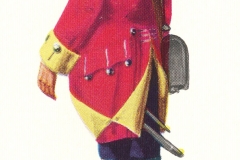 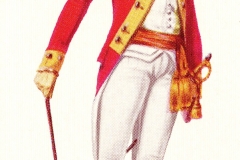 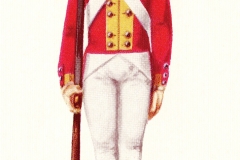 [Show slideshow]
The regiment was set up by King Frederik 5, who decided that the regiment should always be the first in the infantry ”. The regiment, originally planned as a purely national unit with deployed crew, quickly had to supplement itself with the recruits of the German states to come up with the prescribed strength of 2 battalions of 6 companies.

June 23, 1773 annexed 1. Zealand National Battalion, and on June 8, 1774, this battalion was incorporated into the regiment. August 28, 1778, a 3rd battalion was established at the regiment. On February 11, 1785, this battalion was abolished and part of the crew was included in the “CronborgskeBatillon”. Danske Livregiment got its baptism of fire in the war against the English, where it fought in the battle of Rheden and partly participated in the defense of Copenhagen in 1807. February 15, 1808, 2 batlions of the Landværnet’s youngest crew were annexed and on November 8, 1819 it became the 1st Livregiment for Foot on 2 battalions of 5 companies